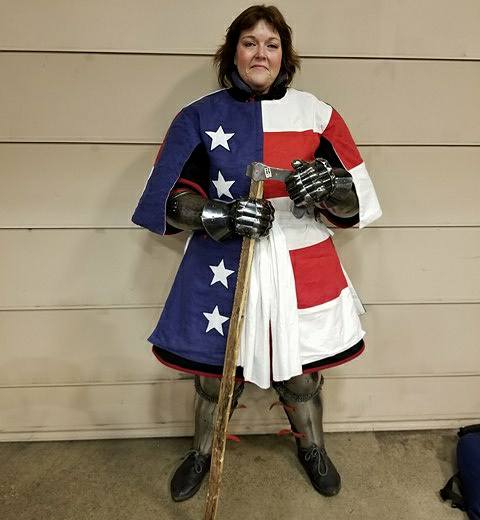 As I sit at my desk, on this quiet Sunday morning, hot coffee steaming next to me on this last day of the year, I think back over 2017 and its nothing but happiness. It’s been a really great year for me and while there were things that didn’t go quite right, those aren’t really what stand out to me.  Overall, I just have a sense of good, solid, happy times and that’s always the best thing possible in my opinion.

I am not someone who dwells on the negative.  I don’t look at my world and think “whoa is me”, that’s just not my style.  There are some folks out there that complain constantly, never talk about anything good in their lives and seem to be the most negative people on the planet.  I am not one of those people and have a very hard time dealing with that kind of negativity usually.  I would much rather focus on the positive, see the ‘glass is half full’ kind of day and figure out how to make the world a better place even if it’s just my little corner of the Universe.

I did some new things this year, I started focusing on what would make me happiest in both my work life and my home life.  I tried new things and found a new passion around something I have always loved, but never put any work into.  I started writing for Me. I started my first solo novel, I started journaling and what I found was amazing. This is something I enjoy and I know, going forward, it will always be a part of me.

It was interesting to see how it affected my blogging though.  Before, I wrote here as a way to get all the thoughts out of my head and down someplace, so they quit taking up space in my mind.  But once I started writing and journaling, things flowed easily and I was able to keep the ideas and thoughts from piling up, hence, not needing to blog as much.  But I love to blog, so I had to find a good balance, and I think I finally have.

I did also finally realize one of the major things that was holding me back from blogging.

It was the fact I knew that the 2018 season was going to be my last, as an actively competitive fighter. There was a part of me that thought, if I didn’t write about it, or say it out loud, it wouldn’t happen.  I could somehow keep that secret and go on with how my life has been the past 5 years.

I went to ITOC in October, and then to the Kearney Tournament in November and having both events, just a month apart, really sealed the deal for me.  My body is not going to last in this sport for much longer. My allergies, my arthritis, my tendonitis, is getting worse and it’s truly time to let the younger women take the lead.

At the Kearney Tournament, I couldn’t even mention retiring without crying, I would get so choked up, I couldn’t speak.  In one of those moments, Tayissa Chadwick, one of the female fighters with Iron Phoenix, made everything so much better in an instant.  She said “None of us would be here now, if it weren’t for you.  All of us are here, right now, because of you”.  And just like that, the weight that I had on my shoulders lifted. I realized in that moment that I had done everything I had set out to do back in May of 2013.  I had met all my goals and I was ready to transition into something else.

I think that’s the statement that scared me the most.

For the past 5 years I have been a fighter and part of me felt like I had to give up that identity when I quit competing for a spot on the team after the 2018 season. But what I realized is, I will ALWAYS be a Fighter. It will just be different.  Change is cathartic and good for the soul and while I have absolutely had the time of my life being this sword fighting badass chick, it does need to become something different, if for no other reason than to give my body a break.

I am 51 years old, and right now I am the oldest female fighter actively competing in full contact medieval combat, in the world. Every season, fresh, new, 20-something fighters walk into that arena and every season, I have to compete with them.  As I get older, they get younger…and that will never change.

There’s a point in every person’s life that you have to accept the fact that your body can’t do what it used to do.  While I don’t like it, and I rebel against that notion at every turn, I can no longer ignore that it is indeed fact.

So, this will be my last year actively competing as an International Fighter. Next year I will still compete in some tournaments, I may even still travel to Battle of the Nations, hopefully doing some announcing, maybe just as support for the USA Team, who knows.

So in 2018, I will be transitioning into something a little less stressful on my body and working towards my first triathlon in November 2018. Tomorrow I start the 10 month training plan that will get me to the point I can compete in my first Sprint Tri and hopefully not die.  Of course Greg laughed when I told him and commented that “leave it to my wife to decide to give up fighting because its too hard on her body and then transition to something MUCH EASIER…like Triathlons!”  But in reality, it actually is much easier on my body than fighting ever was and I am competing with people my own age and/or size.

For the first time I can compete in the Athena Class, which is a specific weight class for women over 160 pounds, or I can choose to run in my age class 50-54, whichever I decide.  It’s going to require training and gear, but not nearly what I have been doing the past 5 years.

Starting tomorrow, I will be training again 6 days a week, conjoining my tri training plans with the workouts I have from Duncan McCallum at B-Greater Fitness, as well as starting back to my Kali and JKD training full time as well.  Due to schedule issues at work I haven’t been able to get to class for a couple months but after the New Year, things will fall into place better.

I would love to say things were going to slow down, but alas, that is not the case.  I still have to earn my spot on the 2018 Women’s Bohurt Team and I still have major events I am in charge of at work, as well as learning new Certifications on top of everything.

Which brings me to my planning.

This is something I love doing and who knew 6 months ago, when my good friend Kim suggested I try a Hobonichi planner, that my life would change so much, literally because of a book!  It’s actually called the Hobonichi Techo (or Life Book) and I fell down that rabbit hole quickly.

But then I turned it into a skydive, with specific purpose in mind.

Thus my YouTube channel has taken off because of my reviews, my planners and my flip-throughs and I have a whole new outlook on what I might be doing in the future…all because of the Life Book!  Definitely a life-changing moment indeed.

2018 is looking much brighter than I ever thought it could, especially given the fact I started the last half of 2017 with the idea I was giving up the one thing I loved to do most in my life.  But now, knowing I have new goals, new opportunities and I have the ability to CREATE whatever I choose, is pretty amazing.

And, I am still a Fighter.  I am still the Badass Valkyrie and that isn’t going to change anytime soon.

I hope that everyone reading this has as bright an outlook for 2018 as I do.  It’s a new year, with new opportunities and new adventure.  Look to the positive and see the potential we all have inside of us…and hope that it is a better year for everyone.

That will be my wish tonight at midnight…that everyone I love has a Blissfully Glorious 2018!