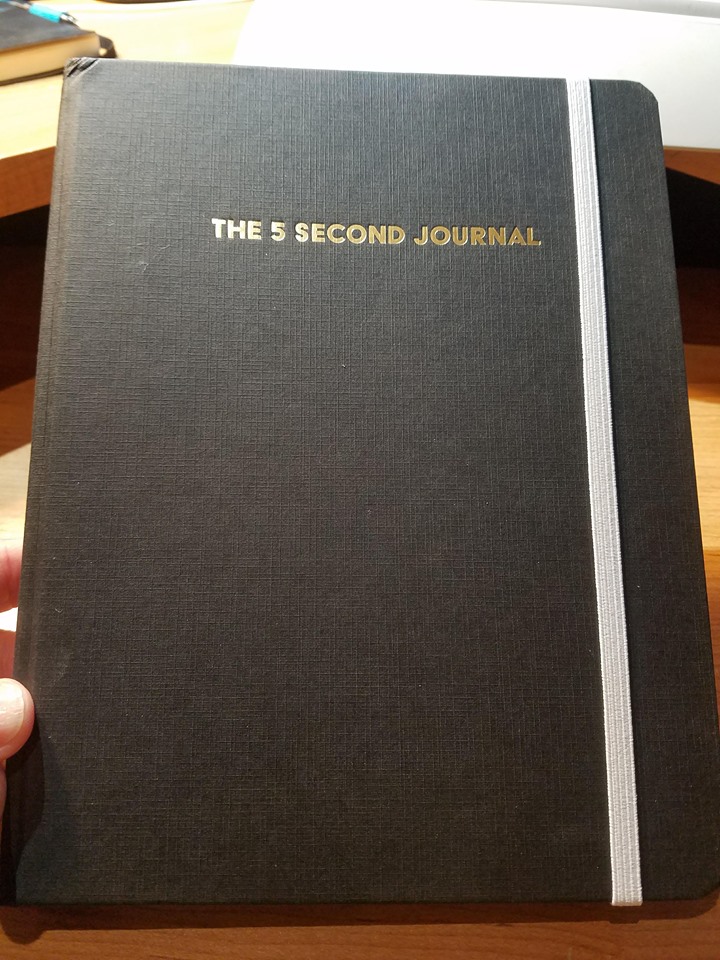 Recently, I started a vlog series on my YouTube channel that is geared more towards my athlete side, instead of my planner side.  I just do short little vlog updates, talking about what it takes to be a bariathlete, which is a term used for someone who has gone through bariatric surgery (weight loss surgery) and has now become an extreme athlete.

It’s a very interesting phenomenon that occurs after someone has dropped that second person off their back.  You go thru extremes.  Extremes you never thought you would ever go through actually.  Everything from feeling sexy, to feeling old, to feeling like you made the worst decision of your life, to feeling like you have more energy than you ever thought possible to wondering why you can’t motivate yourself anymore.

The past few months, that last one has gotten to my very core.  Five years ago I couldn’t be stopped, not even by adrenal fatigue, injury or pure exhaustion.  I did what I did and pushed through whatever it was to be the athlete I wanted to be.  That drive has served me extremely well over these 12 years since my surgery, and even before.  It was just second nature to me.

But over the last 2 to 3 months I have come to realize there has been a fundamental shift within me that I could not figure out.  Something changed so drastically in me I wasn’t feeling the joy I used to when I would work out, nor did I have the drive I had, even 6 months ago.  I honestly couldn’t figure it out, I still felt the same inside, I still WANTED to train and even more so, I could see how my not working out was affecting my body, so I desperately wanted to get back ‘in the zone’ but couldn’t motivate myself to get there. Regardless of how hard I tried, none of my old tricks were working and it wasn’t like I changed anything.  At least nothing that I consciously changed anyway.

Today, after some things clicked, I have come to a realization as to why this huge shift in my psyche has occurred.

We all have stories we tell ourselves, about everything.  From good to bad, positive to negative, even when its just simple truth, those stories affect us, just like positive & negative self-talk does.

The discovery I finally figured out is this.

The truth about why I am retiring from active competition is because my body cannot handle the stress of training 7 days a week any longer.  I can not continue to be effective against 20-something fighters and I know that.  Part of what drove that decision was the fact that my body is getting older, and its harder and harder to compete, obviously.  BUT, I realized that the story in my head is that it hurts to train, it hurts to fight, my arthritis is kicking up and its just easier NOT to train anymore.

Now, don’t get me wrong, my body doesn’t actually hurt any more than it did 2 months ago,  my arthritis isn’t kicking up any more than it has the past 2 years, but because the narrative I was speaking out loud included issues with my body, my brain decided my body needed to be protected at all costs and thus, I started to subconsciously react negatively to the thought of training.

And it was in a moment of self-talk that I realized what had happened.

I’ve started using the 5 Second Journal by Mel Robbins in my Miracle Morning routine.  I follow the prompts and I literally write out the plan that I have for my day, as much as I can.  This morning, fed up with NOT running consistently, I decided the biggest priority for Me, for today, was that I get a run in, no matter what.  So I wrote that down.  Great.  It’s planned.  Once I write it down, it usually gets done.  Usually.

Then I get to the “Plan Your Day” section and at 5pm I write out in teal gel ink “Drive to Vasa for a run”.  Immediately, my brain starts laundry listing reasons why we can’t do that (online class, watering the tomatoes, we’re so behind on cleaning, etc) literally before I could stop myself I was second guessing my choice to run.  Then it occurred to me that I didn’t have to do my run at the gym, I could just come home and do a run around my block.  My brain seemed less enthused to laundry list excuses, so I drew a line through “Drive to Vasa for a run” and wrote “Drive Home for a run”.  But even then I still felt hesitation.  That’s when I got mad at my brain.  (FYI: The things that actually make sense at 5am, sound completely ridiculous when you type them out in a blog, but yes, I got mad at my brain). I had a little silent tirade with myself, trying to figure out why I couldn’t even write down that I wanted to run anymore.

Here’s an excerpt from the Amy to brain conversation:

Brain: If you write it down, you’re going to do it. We don’t want to do it.

Amy: Of course we want to do it, we’re writing it down. Hence, the want is implied!

Brain: Nope. You have too much going on. Even if you write it down, we aren’t going to do it.

Amy: Oh yea? Well I have a vlog to put out today and I need to do something, so its a run. That is what we are doing.  I can’t be an athlete and not actually exercise!

Brain: You aren’t an athlete anymore.  Not a real one. You aren’t training like you used to because it all hurts, your old. You need to stop. You need to rest. Enjoy the life you want without the work. It’ll be so much easier, just quit worrying about it.

Amy: I’m getting fat, we are NOT giving up.  We are still exercising, we are still training, we just aren’t training the same way anymore.  You need to stop with this whole resting nonsense! How the hell did you come up with that shit…WTAF?!?

Brain: You told us all this. You said it out loud, you know its what you want, its ok. We can buy bigger clothes. One size up is not a big deal…

Amy sits stunned into silence…by her own brain.

And that’s when I realized I had literally tricked myself into believing I should give up, without even knowing it.

Now, I realize, that the conversation I was having with folks outwardly about retiring was affecting the way I thought about myself, even on a subconscious level.  I don’t want to be done, I know that my exercising and working out is an ongoing way of life, but in trying to figure out how to deal with NOT competitively fighting anymore, I didn’t realize I had more or less turned that whole side of me off, for all intents and purposes.

So, shutting down that side of me is exactly how my brain thought it should react, and when I wanted to do something that “causes me pain” it went into protection mode, even from myself.  This is how self-sabotage works.

When I weighed 450+ pounds, playing WoW for hours on end, I had the desire to run, to move, to go out for a walk, but then my brain would step in and tell me all the ways I would be miserable if I went outside. And in the end, it was always so much easier to just stay at my computer and play.  Excuses are always the easiest thing in the world for me, I’ve been conditioned to use them since I was a kid and had to come up with reasons why abuse happened to me. So using them was second nature.

The fact that I find myself falling back on excuses, even when I didn’t want to, that is the real issue.

Nothing is going to stop the triggers that make me WANT to use excuses.  I can’t change the world.  But what I can change is the action I take in reaction to those triggers. Nothing in my life will happen without action.  There will always be excuses, I have to find my reasons not to use them.

When a plan doesn’t work out, you don’t give up on the goal, you just change the plan! I have to change the way I think about my retiring from fighting. It’s not an all or nothing scenario, it never has been.  But somewhere along the line, that story in my head changed and I didn’t pay attention when it did.

Now that I know that, I can change my thought process and not go into subconscious protection mode every time I want to go out and train. At least, that’s my hope.  I will see how it goes and hopefully be able to look at it from a different perspective.

That line I drew in my journal this morning?  It got drawn through a third time.  I took a deep. cleansing breath and I pictured myself on a run, feeling pure joy.  I was in Sugarhouse Park, sunlight on my face, enjoying the moment.  So, I crossed out that line again and wrote in my third iteration which ended up as “drive to the park for a run” and immediately after work, that’s exactly what will happen.

There was no argument, no excuses, no nothing from my brain. Just joy, from the fact I had something to look forward to at the end of the day.

I feel better, more at ease, simply getting all this out on paper (electronic or otherwise).  It gets it out of my head and I don’t have to worry about it anymore, that hurdle has been cleared.  That certainly doesn’t mean the next one isn’t a few feet ahead, but for the moment, I have clarity and excitement again.

and that’s always the better way to start the day.

One thought on “Changing your narrative can change your life, even if you don’t want it to…”

Starting June out right this morning at 6am but truth be told it was pretty hot before 7am hit. Might eventually have to move it a bit earlier to keep cool. Will have to see how the temp goes. #badassvalkyrie #athenaathlete #triathlete #triathlontraining #triathlon #athena #runningvalkyrie
Setting up for June 2020 and needed a bright, happy change. The purple is getting rotated out to my favorite line of Travelers Notebooks ever - The @thechicsparrow Odyssey line. These are three of my absolute favorites in Odyssey Daphne and Perseus 🧡🧡🧡 #badassvalkyrie #bestlifeever #orangeislove #Odyssey #Odysseydaphne #odysseyleather #Odysseyperseus
First 6am run of the season. It's just too damn hot to do my Noon runs anymore. Re-adjusting my morning routine so that from 6-7am I am doing my 5k run now. Goal for June is 25 miles/week so that I hit 100 miles in a month, breaking my record back in 2015 of 91 miles in a month! Also very excited I broke 2000 miles in my running journey on Wednesday. Been a long trek since 2011 but I am much better for it!!! #badassvalkyrie #athenaathlete #triathlete #runningvalkyrie #bestlifeever #53andFierce #dowhatyoulove
Well this happened today!!! Went in for an oil change on my 2017 Alltrack and came home with a 2020 Tiguan. Bigger storage, lower payment and I am a happy girl. It wasn't orange but I can live with the Stone Blue for the BAV-MOBILE 😎 #badassvalkyrie #vwtiguan #bestlifeever #ilovemylife
After a late nite of gaming & binge watching I made the perfect black eye coffee in my new mug from @cactusfirepottery and enjoyed the morning sun on my patio. It's a #goodday #badassvalkyrie #bestlifeever #53andFierce #blackeye #doubleshotespresso #cactusfirepottery
Was only going to do 2 miles but that sun hit my skin and I couldn't help myself. 54° and sunny is absolute run perfection. #badassvalkyrie #athenaathlete #triathlete #geekathlete #athenastrong #fighter #swordfighter #circadianlifestyle #circadianrhythm